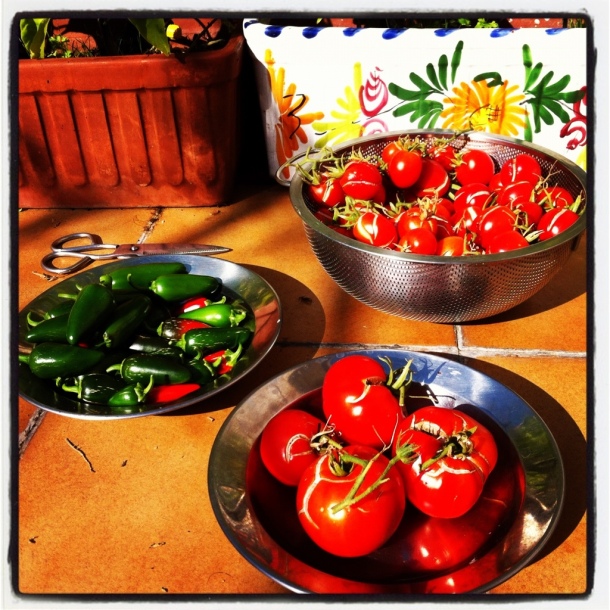 Finally the jalapeños, heirloom tomatoes and cherry tomatoes are ready to eat!

Posted in Uncategorized. Bookmark the permalink.

This summer we decided to give urban gardening a go. To our surprise it was rather successful and produced some scrumptious veggies. Initially, we had some set backs but we were able to bounce back quickly.

The first time around we tried to grow the seeds in a homemade greenhouse indoors. That didn’t go well. The seedlings made a good effort but due to lack of sun and chilly temps they eventually keeled over in their little recycled yogurt cups. The second time around we decided to set up the greenhouse outside on the terrace in more or less direct sunlight. This was much more productive for sure. 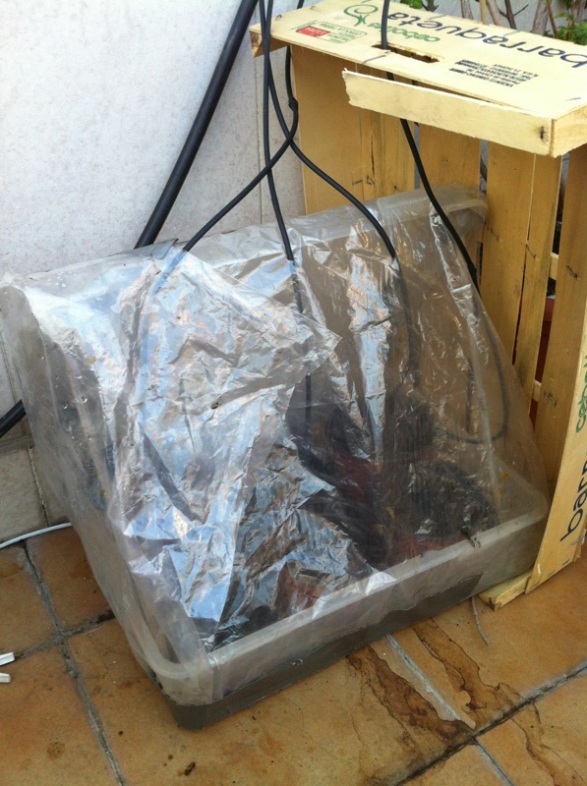 We were fairly good at use all recycled materials. The main structure was a re-purposed plastic storage  container. We added some loose plastic to the exterior and a fruit box to give it more stability. 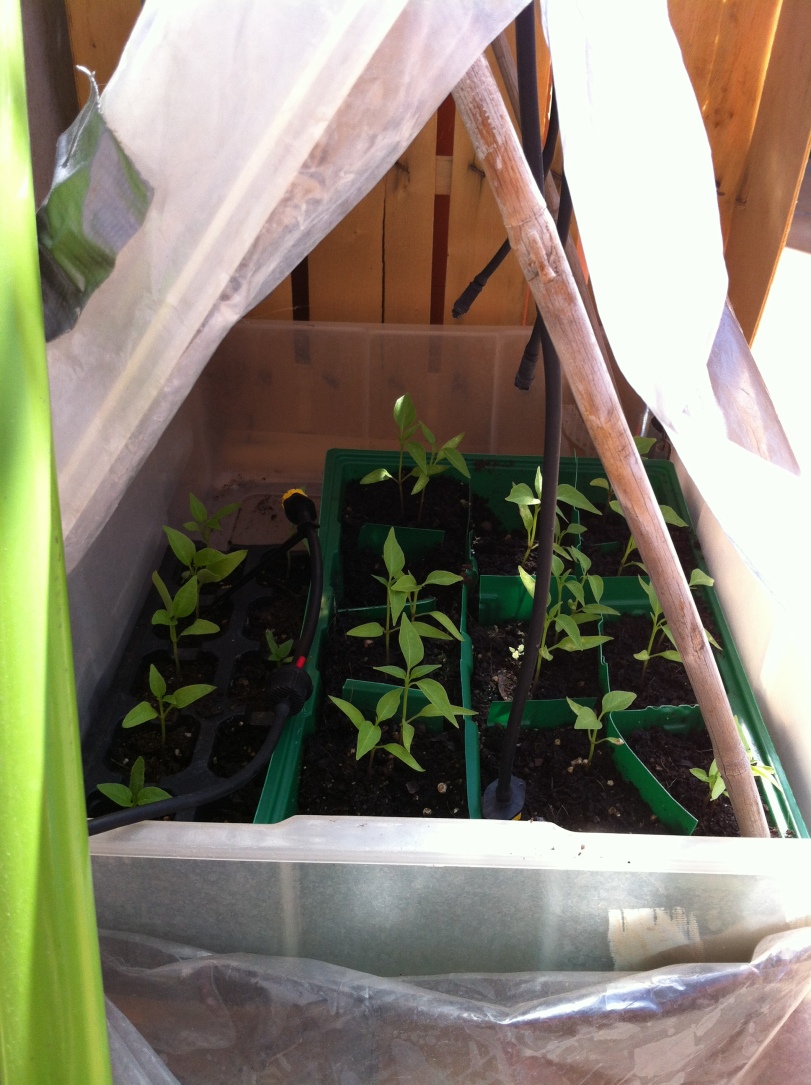 Look how happy everyone is in there. The seedlings this time around where much stronger and willing to live unlike their predecessors. Here we have japaleños, heirloom tomatoes, bell peppers, black tomatoes, cilantro and parsley. We did this in phases in order not to overcrowd. 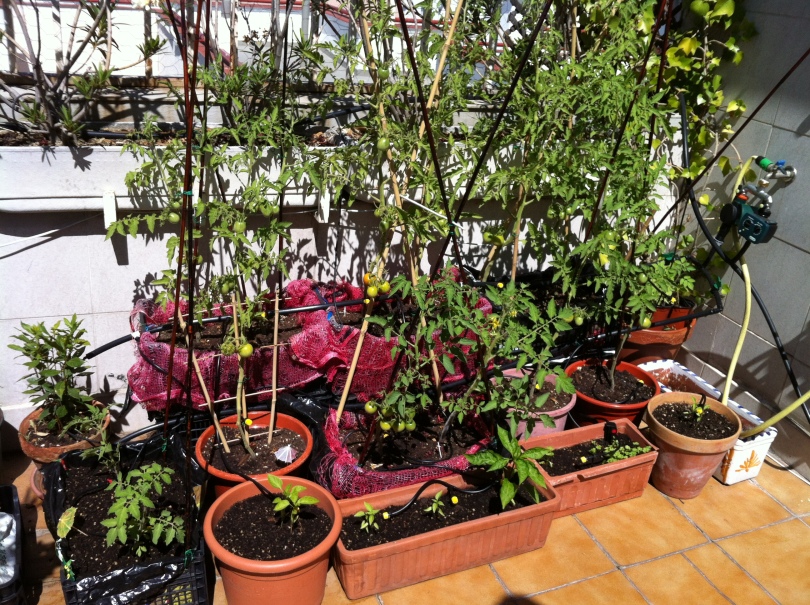 Using the magic of time travel here we have our fully functional urban garden. The tomato plants in the background were gifted to us already pre-grown, so we added them to the family. Please admire the complex watering system, it was NOT easy to set up but it was worth every minute! So this was the beginning of the actual urban garden where things began to really take shape. 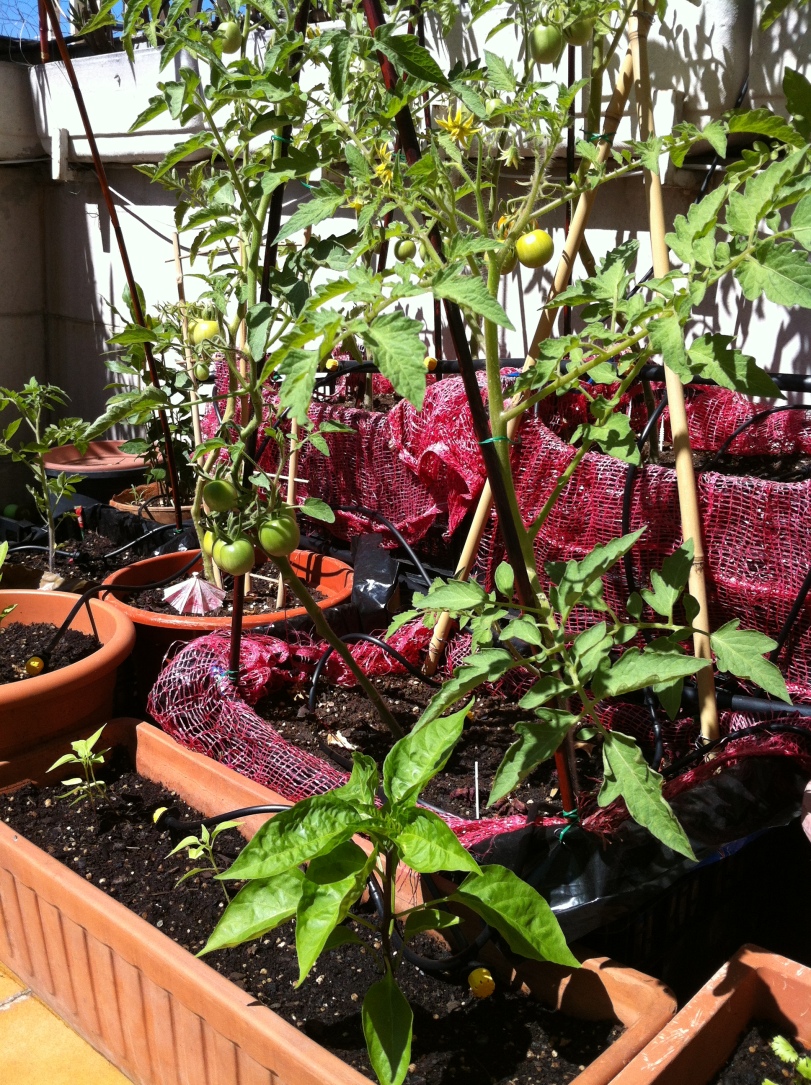 Finally some veggies make an appearance! This was an exciting moment. After so much work and thinking that inevitably they would not survive, we were proven wrong. And it was a delicious way to be proven wrong for sure!

This is only half of the summer gardening adventure. Stay tuned for the second installment, which is full of delightful vegetables in all their colorful glory!

We had lots of plans this weekend that got stumped by social engagements and rainy afternoons. On the bright side knitting was learned and pot holders are in the works. We have new followers on Twitter, which is more than exciting! We’re hoping to get some more content and projects up on the coming days. At least the veggies are enjoying the rain! Juicy bell peppers are always delish.

Yesterday we shared a favorite stencil that was found right here in the streets of Madrid. We’re pretty lucky that street art is pretty common here and it on practically every corner. People’s creativity and ingenuity never cease to amaze. We are hoping to take our urban inspirations and apply them to some new projects with a domestic twist.

We have a wealth of ideas so far and are starting to do some test runs. We have one sure product that we hope everyone will enjoy just as much as we do! We’re going to let our nerdy sides shine through and hopefully everything will go swimmingly. We see so many creative people out there and we hope to find our niche along side.

Today’s featured stencil was found in the neighborhood of Lavapiés in the center of Madrid. Lavapiés is always full of surprises. Not only fun stencils, but great graffiti and creative urban art. 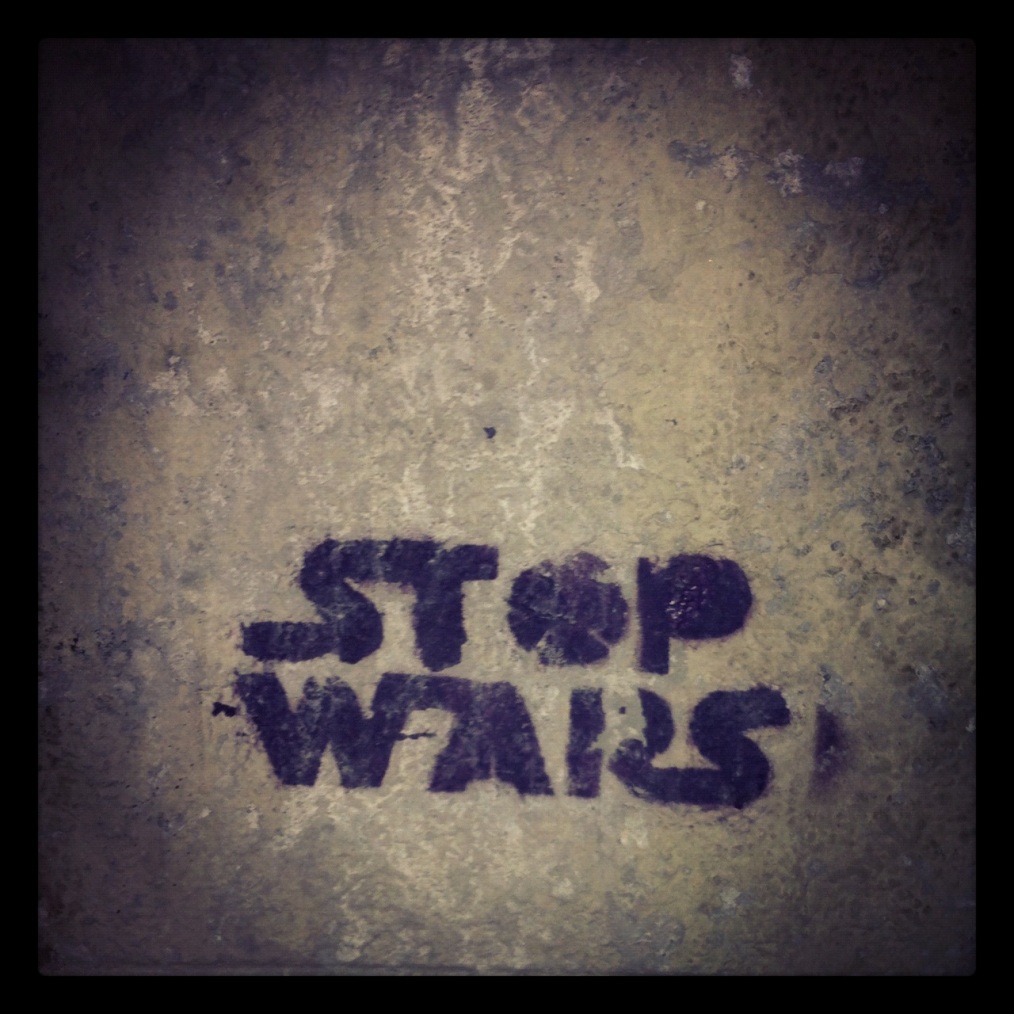 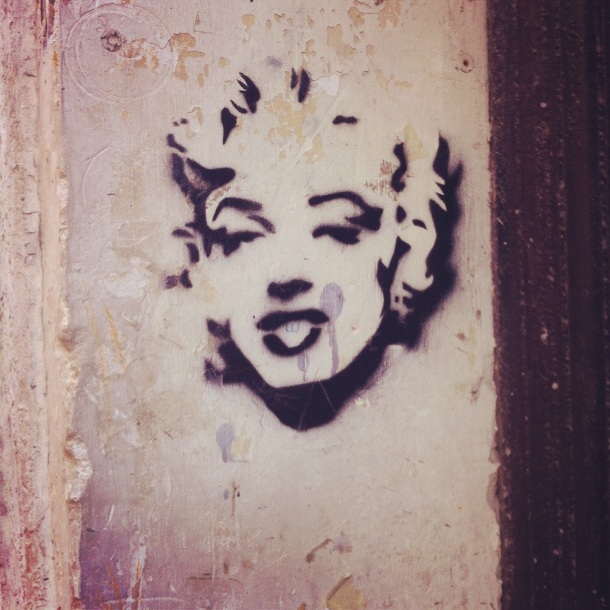 A majority of our upcoming projects will involve stencils, so we’ve decided to share some of our favorites that we’ve found around the city. Here we have the lovely face of Miss Marilyn Monroe. This stencil was found in downtown Madrid, at the entrance of an apartment building. 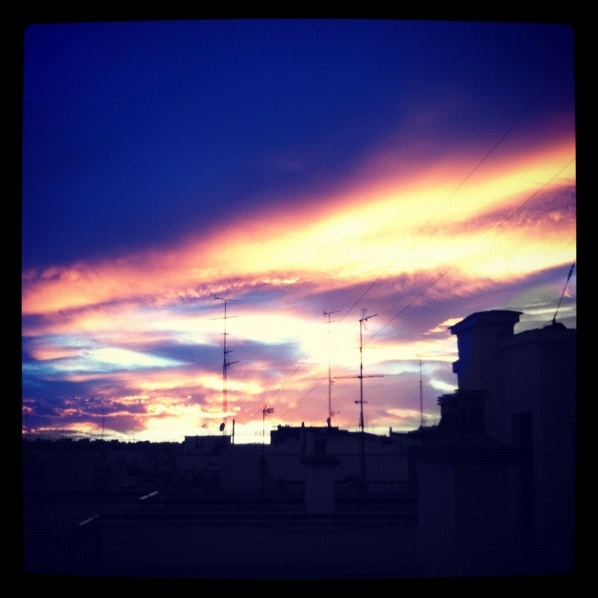 Posted in instagrams and tagged sundays, Sunset. Bookmark the permalink.

The beginning, an idea

This blog was invented out of spontaneous idea to share our ideas, adventures, projects, art and everything else in between. We are both highly creative people and decided we’d like to share it with the world. Whether it be our gardening experiments or unplanned city adventures, we want to share it all.

Sergio is a graphic designer, who also dabbles in other mediums. He is a great stenciler and has a knack for design. This talent isn’t limited to only graphics, and is expressed through all of his innovative projects.

I, Caroline, am an art historian who also tends to get lost in good literature. I am DIY crazed and constantly looking for ideas to re-purpose items. I like finding new uses for everyday things and having creative organizing systems. This results in a LOT of recycling.

This is the beginning of a new adventure for us and we hope you enjoy!

Posted in Uncategorized and tagged Arts, Design, Do it yourself, stencil. Bookmark the permalink.